The 15th Annual International Theosophical Conference held from August 8 – 11, 2013 in New York was a grand success with more than 250 registered participants. Intercommunication among all Theosophical traditions is a fact and that is good!

Earlier this month I attended the International Theosophy Conference in New York, a gathering of over 250 creative, bright and dedicated theosophists from around the globe who came together to hear renowned and well versed speakers with a solid Theosophical background, and to explore the conference theme  “How to Awaken Compassion: H. P. Blavatsky and the Eternal Secret Doctrine.” 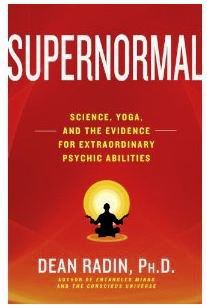 I kind of expected it to be a little stuffy and cerebral; how wrong I was.  It was a stimulating weekend of passionate discussions and talks –  renewing my faith in the future of theosophy.  Helena Kerekhazi, conference organizer and my colleague at EOTO, ran everything with kid gloves, poise, and compassion, setting the tone for the weekend.

Guest speaker Dr. Dean Radin, Chief Scientist at the Institute of Noetic Sciences (IONS) presented persuasive new experimental evidence for the existence of psychic phenomena from his new book Supernormal: Science, yoga, and the evidence for extraordinary psychic abilities, furthering the original Third Object of the Theosophical Movement: “The Investigation of the Unexplained Laws of Nature and the Psychical Powers Latent in Man.”

Dr. Radin took us on a thrilling scientific journey that challenged outdated assumptions that these abilities are mere superstition, offering powerful evidence confirming that sometimes fact is much stranger, spookier and more wonderful than the wildest fiction.

What we will consider here is whether our sophisticated scientific understanding of reality has developed blinders when it comes to reports of the supernormal. Could it be that when the blinders are removed, there actually is something interesting going on? Are all reports of mystical or psychic experiences, of communion with realities that transcend the mundane, necessarily mistaken? — Dr. Dean Radin

Ah, I thought with a wry smile, (as did many of my fellow theosophists)  scientists are now proving much of which Madame Blavatsky wrote about in the The Secret Doctrine.  Published in 1888 the two volumes covered the creation of the universe, the evolution of humankind and the primordial tradition underlying the various religions, mythologies and philosophies of the world.  It remains the seminal book of esoteric knowledge of our age.  Welcome to 2013.

Enrique Renard Salamander Being of Light

With the Egyptians, the moon was Hekat (Hecate) in Hell, the goddess of Death, who ruled over magic and enchantments.  The cat, a lunar symbol, was sacred to Isis, herself the Moon in one sense, as Osiris was the Sun. The cat is often seen on the top of the Sistrum in the hand of the goddess. This animal was held in great veneration in the city of Bubaste, which went into deep mourning after the death of every sacred cat, because Isis, as the Moon, was particularly worshipped in this city of mysteries.  The eye of the cat, it is said, seems to follow the lunar phases in its growth and decline, and its orbs shine like two stars in the darkness of night.  —   H. P. Blavatsky, The Secret Doctrine

At the Conference I came upon an inspired collection of pure photos entitled Synchronicities Through a Mystical Lens by Jan Arie.  Not your (yawn) run-of-the-mill photos of orbs, which could be conscious energy or more likely, dust particles, these un-retouched photos show clearly defined cats, moon auras, striking feline eyes and materialized beings.  The collection also includes a video of a fire fairy taken camp-side during a full moon that bares a striking resemblance to

theosophist Enrique Renard’s renderings entitled Salamander Being of Light.  Enrique has spent more than 40 years in esoteric studies and has been a member of several esoteric organizations. He is a national speaker of the Theosophical Society in America and a member since 1977.

Beginning to see a cohesive theme here?  I’ll go on.

Bob Edward Fahey, a member of the Theosophical Society since 1971 who was brought to Olcott  by Dora Kunz, was discussing and signing his intriguing new novel The Mourning After, a mysterious and romantic tale of reincarnation drawn partly from his own experiences  and memories of past lives. As Edward Fahey he writes novels with an international following, sharing theosophical principles through deeply moving tales. 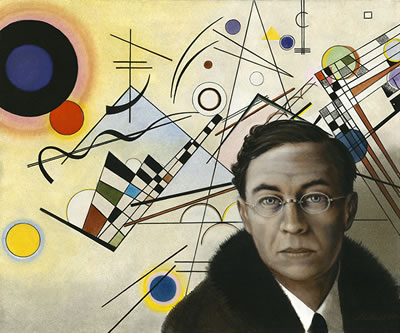 Common threads began creating a tapestry of many colors.

We have before us an age of conscious creation, and this new spirit in is going hand in hand with thought towards an epoch of great spirituality. — Kandinsky

I enjoyed a presentation of artists and their works from the theosophist perspective that included one of my favorite artists, Wassily Kandinsky, who in 1912 wrote and published  Uber das Geistige in der Kunst  (‘Concerning the Spiritual in Art’.)  He wrote of this art  ‘It creates alongside the real world a new world which has nothing to do externally with reality. It is subordinate internally to cosmic laws.’

The Theosophical Society seeks to approach the realm of spirit by way of inner knowledge. These methods derive from an ancient wisdom, which has been formulated with relative precision. The theory of theosophy was set forth by Blavatsky in the form of a catechism in which the pupil receives definite answers to his questions from the theosophical point of view. Theosophy, according to HPB, is synonymous with eternal truth.

The existence of a reality that transcended the material world was a major theme of The Secret Doctrine.  “In the 21st century this earth will seem a paradise compared to what it is now,” HPB wrote.  “Literature, music and art are the first and most sensitive spheres in which the spiritual revelation will be felt.’”  She should know; as HPB was an artist extraordinaire, not only in the visual arts, but an artist of all life: both the tangible and intangible worlds. 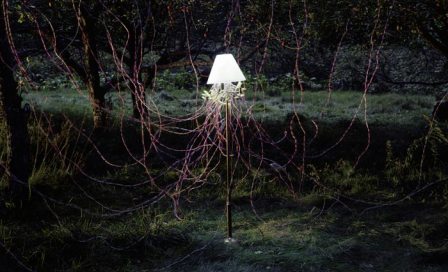 According to Blavatsky, the sixth sub-race will begin to evolve in the area of the United States in the early 21st century. The sixth, or Australo-American sub-race,  will  “possess certain psychic powers, and for this the pituitary body will be developed, thus giving an additional sense, that of cognizing astral emotions in the ordinary waking consciousness. We may say that in general the sixth sub-race will bring in wisdom and intuition, blending all that is best in the intelligence of the fifth sub-race and the emotion of the fourth.”

As one of my favorite tunes by Buffalo Springfield states, there’s something happening here.

I came away from The International Theosophy Conference this year with renewed faith, having finally seen evidence of something I’ve felt for a while now —  an exciting, unprecedented renaissance is unfolding, right here, right now. We are it. The eyes of the cosmos are upon us.  And I’m thrilled to be here for the ride.

For more on and to view Jan Arie’s photos:  janarie.com

Bob Edward Fahey can be reached at bobedwardfahey.com

The quotations from Kandinsky’s testament, Concerning the Spiritual in Art, are taken from the text published by George Wittenborn, Inc., New York, 1947-1970, and is a version of the first English translation by Michael Sadleir.

2 thoughts on “There’s something happening here.”